The condition known as the Stewart Holmes sign is named after the two neurologists from whom it takes its name. Thomas Grainger Stewart (1877-1957) an English neurologist and Gordon Morgan Holmes (1876-1965) was an Irish neurologist.

Approximately 400,000 people in the United States have MS, and an estimated 2.5 million individuals worldwide have been diagnosed with Multiple Sclerosis. There is currently no known cure for MS, but speculation has focused on possible factors that might be linked to the disease.

There are a number of indicators or telltale signs your neurologist might look for when considering a possible diagnosis of MS. Stewart Holmes Sign is one of these indicators.

Also known as the rebound phenomenon, this is a sign where an individual is unable to check a movement when passive resistance is suddenly released.

The patient is asked to push against the examiner’s hand, with their own hand or foot. When the examiner removes his hand the patient is unable to react quickly enough to the removal of the resistance and the limb kicks out.

A positive result may indicate damage to the cerebellum region of the brain and could be indicative of such conditions as hypotonia or cerebellar ataxia.

I experience this phenomenon on a regular basis, as I have done for many years. The kettle in our kitchen is not the one shown below.

We have a modern electric kettle that sits on a plastic base unit from which it derives the main power. However, the kettle sits on a kitchen worktop located below one of the kitchen wall cupboards.

When I go to make a cup of tea or a mug of coffee. As I lift the kettle. There is a slight resistance as the kettle disconnects from the power socket on the base unit. When this resistance releases, despite knowing it is pending, I slam the kettle into the wall unit above. It is most infuriating and, because of this Holmes? Sign phenomenon, I am almost powerless to prevent it.

When one considers, fully, that multiple sclerosis is a mental illness. It is not difficult to understand that one of the symptoms is a slowing in thinking ability. Any of us with brain fog, know that phenomenon all too well. If inflammation of the brain is slowing our thinking, then it should be natural to expect our reflexes to suffer.

However, I have no wish to sound like a hypochondriac but, I am sure that is how I will be perceived.  There are a number of MS Signs like this Romberg’s Sign, and I experience them all most notably Uhthoff’s Symptom or a need to avoid the summer heat.

The rebound phenomenon is displayed when a patient tries to push a limb against a resistance. When the resistance is suddenly removed, the limb would be expected to move a little and then jerk back, or rebound. This is a normal reflex.

However, the phenomenon is:

Apparently, it used to be thought that the rebound phenomenon was a sign of cerebellar disease. But, the phenomenon can occur in a number of other conditions, including multiple sclerosis.

Dr Daniel Amen and Dr Larry Momaya examine the root causes of why so many struggle with anxiety, fear and panic attacks. Listeners will hear how simple and learnable skills can be used to help control and defeat anxiety.

The doctors examine the root causes of why so many people struggle with anxiety, fear and panic attacks.

Why is Dysmetria lost Spatial Awareness?
5 Brain Health Benefits of Avocados
5 Back-to-School Shopping Trends to Try Before Everyone Else 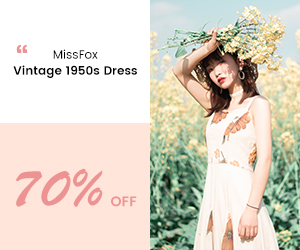